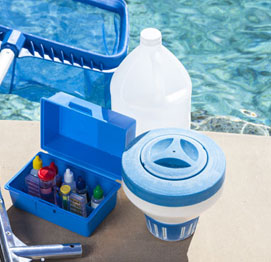 Does Chlorine Turn Your Hair Green?

A common misconception in the world of swimming. Now, I do have to say that yes, swimmers, and not just blondies, have found their hair colour to take on a bit of a green tinge after prolonged periods of exposure to chlorine, but this was for a different reason.

Chlorine is not green, and it’s actually not the chlorine that causes the color, although the chlorine may help indirectly. Here’s what that means; the green is caused by certain metals, mainly copper, seeping into the tiny cracks of the outer shell of our hair.

This shell is called the cuticle, and it normally does a good job in protecting the hair. Swimming can cause a lot of damage to the cuticle, allowing the metals to attach freely to the hair strands. Once there, they oxidize, which is basically like rust on a car.

Chlorine’s role in this, is that it helped damage that cuticle. So, although the green you see is not chlorine, the chlorine probably helped the copper get in and stick there. The copper then oxidizes, and voila! Green hair.